Music For Libya and songwriting

We have had an interesting year so far. The European Debt Crisis, a potential new carbon tax (in Oz), the U.S. debt ceiling that could be raised (will they raise it? ...of course they will borrow some more, whether you like it or not!). Well, life just goes on, really. Me, I like the liberty of being able to make music - it's a different universe that I escape to.

Last night I had a wonderful jam with Samuel and DC Cardwell. As well as going through some old chestnuts (well, the songs aren't THAT old), we worked on some new ones. I recently had a frenzied writing session that lasted a whole week in my home studio. I was asked to see if I could come up with some "fun" 60s music for a TV show in the U.S. Some people think that the Monkees are fun, while others prefer the Grateful Dead. I kind of took the middle ground (well, one of the songs sounds a bit like The Monkees). I am grateful for the opportunity. Currently, I am in the process of recording them and hopefully they will see the light of day in the near future. 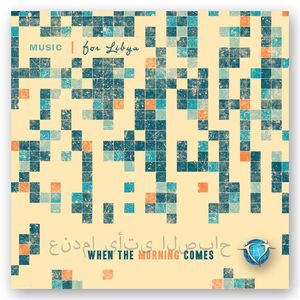 In April, I became involved in a project called When The Morning Comes (Music For Libya). It was the brainchild of Gunnar Simonsen and within six days, he released a compilation album of international artists to assist in HISG's humanitarian efforts in Libya. It was put together to help raise money to purchase 30 metric tonnes (66,000 lbs) of flour in Egypt and transport it over the border to supply local bakeries. The album is still available for download at https://musicforlibya.bandcamp.com. I just about fell out of my chair when they used my song and named the album using the song title. To top it off, two of my other favourite songwriters appeared on the album, DC Cardwell and the late Larry Norman.

DC and I recorded a couple of acoustic renditions on video to promote the release: Peace And Love and When The Morning Comes.